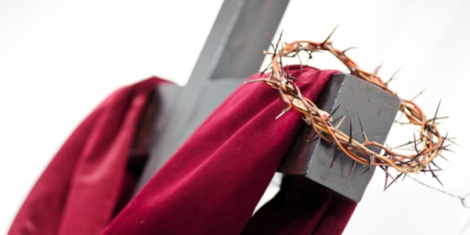 The CROSS is like a diamond seen in different brilliance from many different angles, each facet worthy of one’s full attention…Allen Hood.

How interesting that us Christians actually celebrate the killing of our savior. Well, we’ve come to understand that He was born to die. He is the King of Heaven who came into the world to be the King of the earth. His inauguration as King of the Earth came in a form of spit, whips, blood, taunt, scorn, derision then finally death. Death was the only rightful way for Him to get to Hades/Hell (the prison of the dead), in order that He might disarm the power of death, defeat the one who holds the power of death and free those held in captives. Now He holds the key of death & Hades so anyone who believes in Him will never taste death. There’s no more fear of death because it no longer has any power. He has made heaven, the temporary place for those who passes away from this age (life), waiting for Him to finally restore the earth to its perfection. Nothing is worthy more of a celebration than this event. Through the killing of our saviour, He’s now the King of Heaven, King of the earth and master over death and hades. Who could have thought of it? Who but God could have conceived of this plan? Oh, the glorious victory over death; the beautiful side of the cross that would take an eternity to contemplate.

Allen Hood put it quite nicely, “The work of Calvary is vast, with a breadth as endless as the sky. This six-hour moment on Golgotha when God was glorified and humanity saved will be the object of contemplation forever. Even in the coming ages, the saints will ponder the Lamb, searching for more revelations of the one slain from the foundation of the earth.“1

This is the language of rituals and sacrifice. Propitiation means the turning away of wrath by an offering. It’s the satisfaction and appeasing of God’s righteous indignation against sin. God of justice cannot simply just turned away from sin. God is provoked by sin; it provokes His jealousy for our love. At the CROSS, God satisfied His own wrath against sin by pouring it on Christ who alone was worthy and acceptable offering to God. Propitiation is a two-part act that involves appeasing the wrath of an offended person and being reconciled to them. God, setting Jesus as a propitiation changes His wrath towards us into favor.

Being justified freely by His grace through the redemption that is in Christ Jesus,whom God set forth as a propitiation by His blood, through faith, to demonstrate His righteousness, because in His forbearance God had passed over the sins that were previously committed, to demonstrate at the present time His righteousness, that He might be just and the justifier of the one who has faith in Jesus. Romans 3:24-26

The language of trade which typically involves “buying back” someone from slavery/bondage. To redeem something always involves paying a ransom in exchange for something or to regain or buy back something that once belonged to you. We were all in slavery to sin with death and hell as our final destiny. Through the CROSS Christ purchased us back to God. We own a debt we couldn’t pay and through His blood Christ paid the full ransom for God who then adopted us into His very family.

But when the fullness of the time had come, God sent forth His Son, born of a woman, born under the law, to redeem those who were under the law, that we might receive the adoption as sons. Galatians 4:4-5

This is the legal language that implies that justice must be served. Justification means to be righteous before God. Through the CROSS, we stand acquitted and justified before God. Christ not only met the just requirement charge against us but also gave us the means for us to have right standing with God.

Reconciliation is the language of covenant or personal relationship. It implies that two parties who were at odds with each other at first are now in a relationship, made possible usually through a third-party mediator. Through the CROSS Christ became our mediator who removed the enmity between us and God and reconcile us to God.

For if, while we were God’s enemies, we were reconciled to him through the death of his Son, how much more, having been reconciled, shall we be saved through his life! Not only is this so, but we also boast in God through our Lord Jesus Christ, through whom we have now received reconciliation. Romans 5:10-11

Propitiation satisfied the wrath of God upon us; redemption, our captivity to sin, justification, our guilt and reconciliation our enmity against God and alienation from Him.2

All these are languages biblical authors used to show the different facet of the same beautiful jewel; Christ sacrificial death on the CROSS and the power of His resurrection. There’s, however, one universal language that makes all the other terms makes perfect sense; LOVE.

Before time began, God, the Father had promised His Son a companion; a worthy bride equally yoked in love, clothed in holiness and adorned with the splendour of the Deity Himself. The Bride will join the family of God (Godhead) to share the perfection of Love they have for each other. She would love the Son like the Father loves the Son and she would love the Father like the Son loves the Father. A perfect Union. This is the desire that prompted the creation of the earth and Man; the longing of the Bridegroom to be united to His Bride. At the CROSS, we see the Bridegroom, in a relentless pursuit to have His Bride. We see the Son, who gave up everything, including the privileges of Deity in order to have what was promised Him. The Son in His death and resurrection secured that which the Father promised and the Spirit now fills the betrothed ones, perfecting them until the time comes when the Father will give in marriage the Bride to His Bridegroom Son on that Great Day (i.e. The Wedding Supper of the Lamb).

“Father, I desire that they also whom You gave Me may be with Me where I am, that they may behold My glory which You have given Me; for You loved Me before the foundation of the world…And I have declared to them Your name, and will declare it, that the love with which You loved Me may be in them, and I in them.” John 17:24-26

The dowry was the payment that secured a bride based on social standing. The CROSS was the dowry. The glory and beauty of the bride was equated to the price of the dowry. You can’t get any higher price than God giving all of Himself for love. This is what you are worth to God – the equivalent of His Son shedding His blood on a tree. From the Cross we hear the Son shouting, “With all that I have and all that I am, I honour you” 3

Kingdom Of God Love Devotional Prayer & Worship The Grace of God The Narrow Road
%d bloggers like this: